Facebook won’t remove claims that COVID-19 was man-made anymore, according to a report from Politico that cites a Facebook spokesperson. The company altered its policy because of a renewed focus on the origins of the virus, including an order from President Joe Biden to his intelligence agencies to investigate the so-called lab-leak hypothesis.

Facebook’s policy change was made “in consultation with public health experts,” that spokesperson told Politico. The social network’s policy mandates that false claims and conspiracy theories about the virus be removed.

THE COMPANY HAS BEEN TRYING TO STEM THE TIDE OF MISINFORMATION

Misinformation has often circulated on Facebook, including during the Ebola crisis in 2014. The company is under pressure from lawmakers to clean up its act. Early in the pandemic, dangerous hoaxes — falsely suggesting that drinking bleach might cure the coronavirus, for instance — circulated widely on Facebook, and were shared thousands of times, despite Facebook’s January 2020 announcement that it would be applying its misinformation policies to posts about the coronavirus and its subsequent efforts.

Since then, Facebook has updated its list of statements that will be removed to include anti-vaccination propaganda as well. To try to stem the tide of misinformation, the company created notifications about where to get information about vaccines across its platforms. It’s also attempted to warn users if they’ve interacted with posts that were found to contain misinformation.

Earlier today, Biden released a statement saying that the intelligence community believes that two scenarios are possible: that the virus started spreading when a human contacted an infected animal, or that the spread was the result of a lab accident. Most in the intelligence community believe there isn’t enough evidence to determine which scenario is more likely, according to the statement.

The renewed interest and discussion of the “lab leak” theory has raised concerns about anti-Asian hate. Anti-Asian violence has risen since since the beginning of the pandemic, fueled by former president Donald Trump’s use of terms such as “China virus” and “kung flu.” 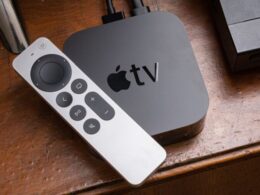 Those who have long sung the Apple TV’s praises will find more to like with this updated hardware.…
byWMW MEDIA
No comments 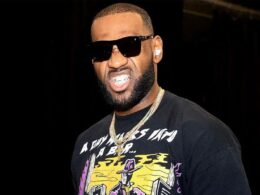 Earlier this month, an unannounced pair of Beats wireless earbuds, apparently called the Beats Studio Buds, showed up in…
byWMW MEDIA
No comments 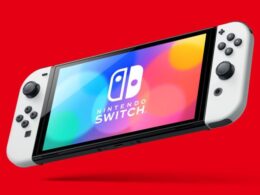 Nintendo could release its heavily rumored new version of the Switch in September or October, according to a report…
byWMW MEDIA
No comments