Monday’s storms caused significant damage across parts of New Jersey, tearing down huge trees and mucking up transit for what could be weeks

More bouts of rough weather are on tap later this week, including a messy mix of rain and snow and likely a strong, gusty storm, as parts of New Jersey work to clean up from tree-downing devastation caused by Monday’s windy downpours.

Tuesday is expected to be the calmest day of the next few, with temperatures dropping below 50 degrees after Monday’s record-breaking day in the 70s and mainly sunny skies. Wednesday is a far different story, though.

Expect to see rain and snow showers virtually all day long. Since the weather has been so warm and temperatures will only be marginally cold, much melting is anticipated in spots where there is still snow or ice.

Light accumulation is possible on cold surfaces and mainly in the hills north and west of New York City. Right now, impacts to the morning commute appear minimal and should remain low for the evening rush on Wednesday. That said, if the storm intensifies and snowfall rates exceed the current forecast, higher totals are possible. That’s especially true north and west of the city.

Thursday and Friday bring some breaks in the weather action, featuring sun and temps in the high 40s to low 50s, but another storm system is expected to hit on Saturday — and it could be another strong one. Temps will be around 50 again, so it’ll likely be a whole lot of rain to start. But it could transition to snow Saturday afternoon and evening as cold air moves in on the back end of the system.

The anticipated mess comes amid a volatile weather pattern that tore down trees and power lines across much of the tri-state area, especially New Jersey, on Monday night. Tens of thousands were left without power as 60 mph wind gusts moved through along with heavy rains — and one of New Jersey Transit’s busiest lines has been suspended until further notice because of trees on the track. 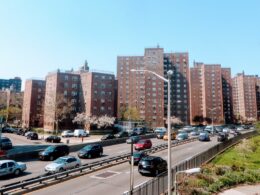 Biden says the answer ‘is not to defund the police,’ but to invest in law enforcement 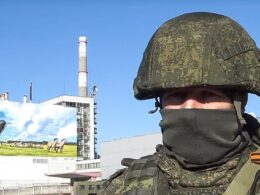