I met Farida in the regional capital Pemba, where she’s still struggling to look after her children, although she is relieved that they are out of harm’s way.

People desperate to flee a town in northern Mozambique following a jihadist attack have had to pay bribes to leave after security forces set up roadblocks, trapping thousands, the BBC has been told.

There are growing fears of a humanitarian emergency in the area where aid agencies have not been given access.

Checkpoints surround the village of Quitunda near Palma, where more than 20,000 people sheltered in the days after the strategic town was overrun by jihadist militants.

Al-Shabab – a homegrown militant group – started its insurgency in Mozambique’s resource-rich Cabo Delgado region in 2017. Two years later it pledged allegiance to the Islamic State (IS) group although it is not clear how close the links between the two organisations are.

More than 2,800 people have been killed during the insurgency and nearly 700,000 people forced from their homes.

The group’s most spectacular attack was on Palma, a once-sleepy coastal town, that was being transformed into a hub for a burgeoning gas industry. It lies 10km (six miles) away from a liquified gas plant, operated by the French energy giant Total, worth $20bn (£14.5bn) – Africa’s biggest foreign investment project – which is now on hold.

I had to leave my husband behind’

When the militants attacked the town on 24 March – from its outskirts and with infiltrators who had entered the town – Farida, her husband and five young children fled to a forest. “We stayed for 10 days in the woods,” she tells me.

Witnesses talk of seeing Palma’s streets strewn with beheaded bodies, while some of the dead had also been hacked to pieces.

The family then joined thousands who ran to the gates of the Total gas plant.

According to the company, some 23,000 people had reached their gates by early April.

An assessment in April by the United Nations’ International Organisation for Migration found 11,104 people living in the compound of EPC de Quitunda, a school close to the gas installation.

The report says the “internally displaced persons are in urgent need of humanitarian assistance. Thirty per cent of the households are currently sleeping outdoors, whilst the remaining 70% currently live in makeshift shelter”.

Farida, whose name we have changed to protect her identity, was desperate to get her family out of Quitunda. With limited options to escape – either a boat journey of several days or military evacuation flights – her husband managed to raise 5,000 meticals ($80; £60) to get her and their children put on a list for departure and then onto a plane out. The emergency flights are meant to be free.

“At the beginning they didn’t charge pregnant women, sick and children. Then they started carrying people who were on the list,” she says.

I met Farida in the regional capital Pemba, where she’s still struggling to look after her children, although she is relieved that they are out of harm’s way. Hadijah, whose name we have also changed, is in Pemba too – she also admits to paying 5,000 meticals to board an army flight.

“We had no money and we were hungry and the children were sick. To leave Quitunda, I spoke to my husband and he spoke to his boss, who sent us the money via M-Pesa [mobile money transfer],” Hadijah tells me.

The two women say that there are many more left behind unable to leave, including Farida’s husband.

Human Rights Watch (HRW), a campaign group which has been interviewing survivors from the Palma attack, says it’s also spoken to people who admit to paying bribes to board evacuation flights or to get onto boats to leave Quitunda.

“Can you imagine people that have no food, nothing to buy, that have lost everything during this conflict being forced to use the last money they have to be able to board their relatives onto a plane and be taken to safety?” says Zenaida Machado, a senior HRW researcher.

The BBC approached Mozambique’s ministry of defence about the allegations that displaced people are having to pay bribes to flee Palma, but it has not responded.

We asked several international aid organisations to speak about the unfolding humanitarian crisis in Quitunda and the wider Palma district and the fact that for now they cannot access the area. Two global agencies told us they could not speak on the record because they did not want to jeopardise delicate negotiations with the government. 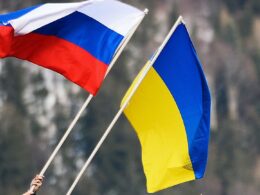 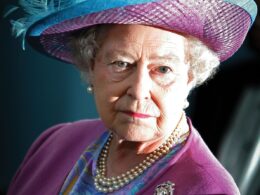 Elizabeth II, the Queen of the United Kingdom and the other Commonwealth realms, the longest-living and longest-reigning British monarch, died at the…
bymehlibar aykan
No comments 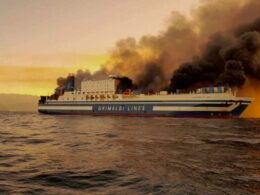 Eleven people are missing after a ferry burst into flames near the Greek island of Corfu on Friday,…
byWMW MEDIA
No comments