As Russian President Vladimir Putin wages a deadly war against Ukraine, one expert says that the country’s society is inching closer and closer to that of North Korea.

Putin took a number of actions cracking down on dissent in Russia, jailing people who protest against the war, and even journalists who report facts on what their government is doing in Ukraine.

Since the beginning of the Russian invasion of Ukraine, anti-war protests have taken place across Russia, with officials arresting at least 15,000 individuals in connection with these protests, according to OVD-Info, an independent human rights project focused on political persecution in Russia.

Putin also signed a law on March 4 that aims to punish journalists with prison time for publishing news that contradicts the government’s statements about Russia’s war in Ukraine.

People who violate the law will face up to 15 years in prison.

“He called on the Russian people to call out the traitors, the ‘fifth column,’ obviously anyone who speaks out against the war will be punished,” Koffler said.

Putin hosted a massive pro-war rally on Friday, with thousands of people in attendance. Koffler said that the people attending these kinds of rallies are often not there on their own free will, and said there’s “an implicit pressure” to attend.

“We have these parades, demonstrations, you were just expected to go. Every employer, every school expected you to go,” Koffler said. “There was probably a call by the Russian government for people to go.”

“How do you refuse to go if Putin just told you the day before that if you spot a traitor, if you don’t turn them in, or if you don’t support the war in Ukraine, then you’re a traitor. How do you not go to that demonstration?” she added.

Koffler said the country is becoming a “pariah” to the international community.

Several individuals in Russia have been arrested after calling for anti-war protests.

“We, the Russian people, are against the war Putin has unleashed. We don’t support this war, it is being waged not on our behalf,” Litvinovich said. “I know that right now many of you feel desperation, helplessness, shame over Vladimir Putin’s attack on the friendly nation of Ukraine. But I urge you not to despair.”

She was arrested shortly after uploading the video to Facebook.

Tatyana Usmanova, an anti-war activist in Russia, asked Ukrainians for forgiveness after Putin’s announcement that Russia would invade Ukraine on Feb. 24, saying “our confrontation with these [Ukrainian] forces is inevitable.”

“I want to ask Ukrainians for forgiveness. We didn’t vote for those who unleashed the war,” she said. 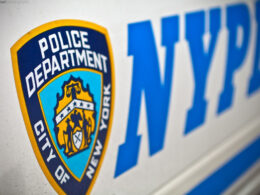 Retired Detective files lawsuit to NYPD for not getting a promotion over the years. Stacy Bowen , 43…
bymehlibar aykan
No comments

Zelenskyy: Russia is ‘torturing and kidnapping’ children, while Mariupol is ‘completely destroyed’      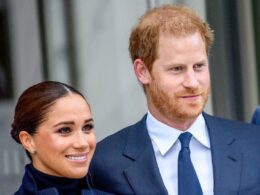 I met Farida in the regional capital Pemba, where she’s still struggling to look after her children, although she is relieved that they are out of harm’s way.
byWMW MEDIA
No comments