The ages of the victims range in age from 29 to 63. They are all men. They were all employees, and were bus and light rail operators, mechanics, linemen and an assistant superintendent during their tenures with VTA. One had worked for the agency since 1999. AUSTIN, Texas – A vicious tornado was caught on camera wreaking havoc in a Walmart parking lot in Austin, Texas…
byWMW MEDIA
No comments 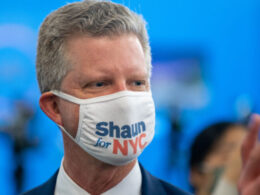 Video shared by Jeremy Edwards, a member of Donovan’s campaign team, shows the candidate being led away with his hands bound with plastic zip-ties during his arrest.
byWMW MEDIA
No comments